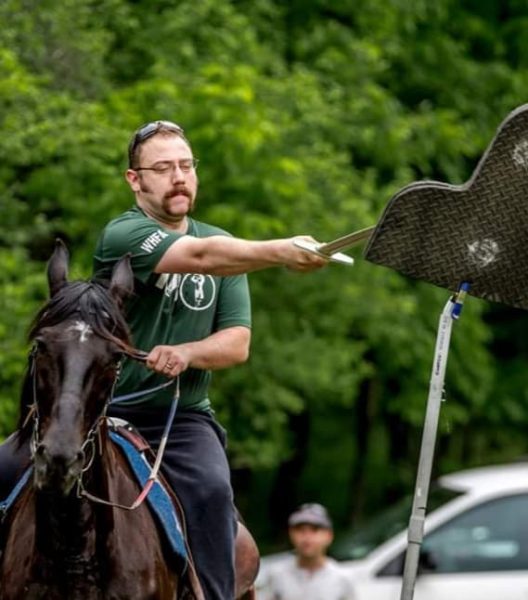 James Reilly began his study of martial arts in his early teens. His first focus was on western boxing, later moving on to Brazilian Jiu Jitsu. At 20 years of age he joined the Armed Forces where he achieved the rating of Navy Chief after just 5 years of service. He began his study of historical swordsmanship in 2009, after stumbling across the highly acclaimed documentary “Reclaiming The Blade.”

He joined the HEMA Alliance as an individual member in 2011. James is the Principle Instructor of the Wisconsin Historical Fencing Association, Kenosha-Racine. He uses the recital of Liechtenauer as the basis for his longsword curriculum, and has gained some notoriety for his work interpreting Joachim Meyer’s text on the Longsword, Quarterstaff and Rapier. He is the founder and President of the Midwest Historical Fencing League, and has taught private seminars and at major historical fencing events across the United States and Internationally. He’s written numerous articles for online historical fencing publications such as Hroarr, and holds the Fechter rank by the MFFG in Longsword, dussack, dagger and rapier. He is a free-scholar in the Historical Fencing Affiliates.