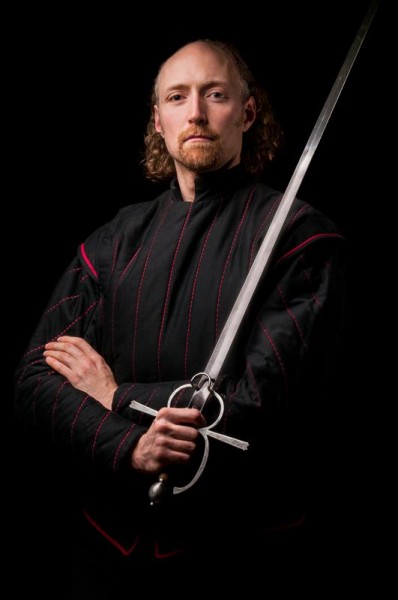 Among this year’s Vancouver International Swordplay Symposium intensive instructors will be Devon Boorman, co-founder and director of Academie Duello Centre for Swordplay, one of the largest schools for historical European swordsmanship in the world. Devon is best known for his instruction in various forms of Italian swordplay, from 15th century longsword arts to the Bolognese arts of the 16th century and the rapier arts of the 17th century.

Devon has been both an organizer and an instructor at VISS since its inception in 2011. In 2015, Devon taught a 3-day intensive on Italian rapier, plus an advanced workshop on unorthodox postures in the Italian rapier tradition. In previous years, he has led workshops on rapier disarms, applied combatives, Italian answers to modern knife techniques, and various other topics.

Devon is the sixth intensive instructor confirmed so far for VISS 2017. Others include Tom Leoni, Christian Tobler, Ilkka Hartikainen, Matthew Howden, and Jessica Finley. Join them at VISS 2017 by signing up at our registration page. Register before January 1 and you will receive a 20% early registration discount!

END_OF_DOCUMENT_TOKEN_TO_BE_REPLACED

“It was a luminous time. Well done to all the staff and ten thousand thanks for allowing me to be a part of this grand occasion. To say I can’t wait for the next one would be the understatement of the decade.”