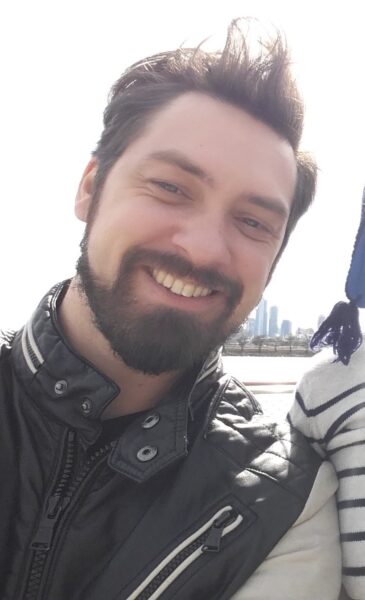 Rob Rutherfoord is the Bolognese instructor at the Chicago Swordplay Guild, founded in 1999, making it one of the oldest HEMA clubs in the United States. Rob has been studying historical fencing for over 20 years, practicing the arts from the early 16th to early 17th centuries, both in the Italian and German systems of fence. He is the author of “The Art and Practice of 16th-century German Fencing” covering the use of Joachim Meyers rapier, which he has taught internationally to Meyer clubs around the world. Rob is a regular instructor at WMAW (Western Martial Arts Workshop) as well as a repeat instructor at VISS (Vancouver International Swordplay Symposium). He places the theory of fence at the core of his instruction, letting the techniques discover themselves through rigorous application of sound fencing theory.