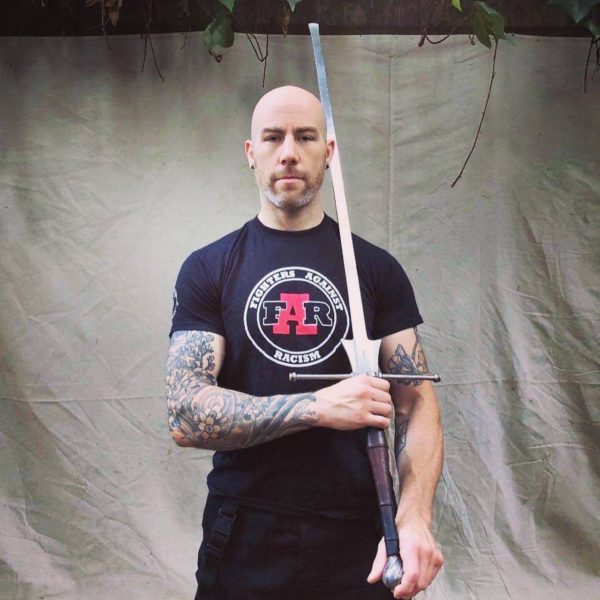 Mark has been studying martial arts for 34 years, training and competing in Tae Kwon Do, western boxing and classical fencing, as well as other arts. He’s been Studying Historical European Martial Arts since 1999, when he co-founded the Combative Arts Study Group in Stockton California.

Mark is currently the head instructor for the Santa Cruz Historical Swordsmanship Club, with a focus on German Longsword, with an emphasis on the works of Joachim Meyer. He also studies earlier German manuals to increase general knowledge and contextual understanding of the art.

Mark is also a member of the order of knighthood in the SCA, and has won tournaments internationally with longsword and sword and buckler.

“Everyone at Academie Duello is incredibly positive, friendly, enthusiastic, and involved. The school is in the heart of historic Vancouver, and Devon has made the school part of the larger community. I also want to mention the students. They were highly skilled and a joy to teach. Furthermore, no event like this is accomplished without lots of volunteer labor, and the staff who organized and helped run the event did a truly fantastic and more than professional job.”